Diana Ross & The Supremes - Let The Sunshine In album flac Let the Sunshine In is the sixteenth studio album by Diana Ross & the Supremes recorded and released by Motown in 1969.

Let the Sunshine In appeared deceptively late, given some of its content in the history of Diana Ross & the Supremes. Released in the spring of 1969, by which time the Supremes were already seeming a bit old-hat, it generated relatively little excitement, and its late placement in their discography still makes it suspect, at first glance, to historically minded listeners. The fact that it's also from the group's Holland period also makes it automatically less interesting in a musical/historical context. The album is still solid listening 40-plus years later, and it's not easy to explain why it performed poorly on the pop charts, especially with three hit singles present to help drive sales; "I'm Livin' in Shame" had been a Top Ten single and was making its LP bow, and "The Composer" (authored by Smokey Robinson) easily made the Top. 30.

Part of a ten-album cardboard sleeve reissue series featuring the albums "Where Did Our Love Go," "More Hits By The Supremes," "I Hear A Symphony," "Supremes A' Go-Go," "Sing Holland Dozier Holland," "Reflections," "Join The Temptations," "Love Child," "Let The Sunshine In," and "Cream Of The Crop.

Diana Ross & The Supremes. Everyday People, 03:02. Hey Western Union Man, 03:01. What Becomes of the Broken Hearted, 02:53. Aquarius, Let the Sunshine In (The Flesh Failures), 03:22. With a Child's Heart, 03:04. Discover Me (And You'll Discover Love), 02:31. Unfortunately, the station stopped broadcasting. Perhaps, this is a temporary station problem. You can leave your e-mail and we will let you know when the broadcast of the station will be online again: Or listen to the other country dec name stations.

Related to Diana Ross & The Supremes - Let The Sunshine In: 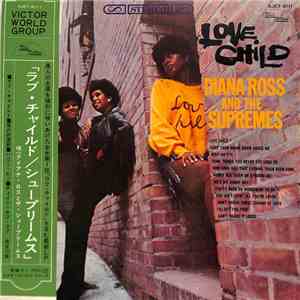