The Look is the seventh album by American R&B group Shalamar, released in 1983 on the SOLAR label. It is the last Shalamar album to feature the line-up of Jeffrey Daniel, Howard Hewett and Jody Watley, as both Daniel and Watley would leave the group shortly before its release. The Look peaked at No. 13 on the R&B chart and No. 79 on the Billboard pop chart

The Look is the seventh album by American R&B group Shalamar, released in 1983 on the SOLAR label. 79 on the Billboard pop chart.

When this album was released in 1983, Shalamar was gettin' ready to drift apart in a second that it almost cost the video for the lp's biggest hit, "Dead Giveaway. As usual, The Look was promoted heavily in the UK with the country's biggest hits, "Dead Giveaway," "Over & Over," and "Disappearing Act" of which only the first two were big R&B hits in the US in 1983.

The sound of Los Angeles has nearly completed its circle and Shalamar make a desperate effort to maintain the look since they lost the hook.


Related to Shalamar - The Look: 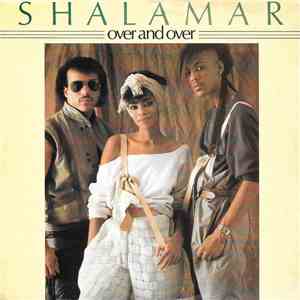