Portrait is the second album by the American pop group The Walker Brothers. Released in 1966 the album was their most successful and reached number three on the UK Albums Chart. The group's musical accompaniment was directed by Ivor Raymonde and Reg Guest and produced by John Franz. The album was later released on CD having been remastered and expanded in 1998.

No Regrets is the fourth album by the American pop group The Walker Brothers. The album was released in 1975 and was the group's first together since 1967. It reached number forty-nine on the UK Albums Chart and includes the single "No Regrets" The album was significantly different from the group's 1960s work. The album was also their first not to include original compositions by either Scott Walker or John Walker. John Walker's only new song "Remember Me" was included as the B-side to "No Regrets". The group's following album Lines did include a lone John Walker composition under a pseudonym, Scott however, would not contribute new songs until 1978's Nite Flights.

Every once in a while, an album comes along that doesn't simply surprise you, it takes you down an alleyway, rips off all your clothes, then hares away with your socks on its head, singing selections from South Pacific. And just before it disappears from view, you notice that David Bowie, Iggy Pop, and Brian Eno are cavorting alongside it, sharing the spoils and plotting further misdeeds. The fact that the original miscreant then shrugs them aside and tears off on its own is neither here nor there 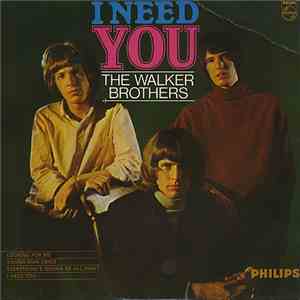