Recorded By – Silent Whale Becomes A° Dream, Yannick Tournier. Two book sleeves were designed and used as prototypes. They were foil-stamped individually as "X1, 50" and X2, 50 on the backside instead of a regular number. They were used to test looks and fitment in the final product. Additionally, this prototype sleeve comes with a test pressing of the album and test press certificate of authenticity

Silent Whale Becomes A° Dream have yet again created an awe-inspiring album. REQUIEM has defied our greatest expectations. Mastered by Jeremy Henry and featuring the wonderful photography of Christine Drouilllard, REQUIEM will be released on vinyl in 2018. The brightness of day has come to an end.

Silent Whale Becomes A° Dream offers post-rock as post-rock should be: four songs over the course of an hour, including two eighteen-minute behemoths. The album contains all the excitement one could hope for, with long crescendos, short interludes and an overall sense of something larger than itself: in this case, the sea. The liner notes refer to a person standing on a cliff after the end of a relationship. One wants to fly and yearns to fall. The title refers to an old requiem mass that was removed from worship as it was deemed too depressing ! By co-opting the phrase, the band reclaims it for a new generation; and when the music crashes in like a giant wave in the seventh minute, one thinks, this is not depression, this is grandeur. The phrase Go big or go home comes to mind, as the French band reaches high, then achieves its goals. 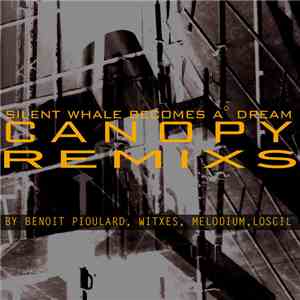