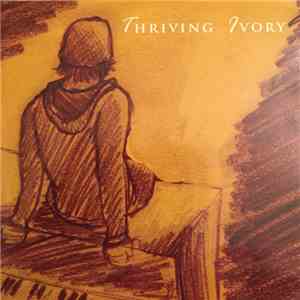 While all eyes were on Coldplay in 2008, Thriving Ivory made a slow ascent up Billboard's Heatseeker chart and, thanks to a late-year surge, climbed to the number one spot shortly after the new year. The quintet builds rock songs in much the same way as its influences, with compelling piano-based riffs slowing seizing the audience's attention and eventually building to a cathartic climax punctuated by drums and ambience

Thriving Ivory was an American rock band based in the San Francisco Bay area. They released their self-titled Wind-up Records debut album on June 24, 2008. The debut album reached No. 1 on the Billboard Heatseekers chart on the strength of the charting single "Angels on the Moon". Early in 2010 their first single "Angels on The Moon" went certified Gold in the US selling over 500,000 copies. Their second studio album, Through Yourself & Back Again was released on September 14, 2010. The record was co-produced by Thriving Ivory, Gregg Wattenberg, and Grammy award-winning producer/mixer Mark Endert. The band took a hiatus from 2010-2016 to explore other opportunities and eventually ended their relationship with Wind Up Records.

Album Thriving Ivory. She makes herself at home Oh God, it's better than her place She loves the little things Oh God, we all need something. She swears this life is often overrated. She can't relate to a world that only knows her by her face Is there anyone still breathing?

Housed in a cardboard sleeve.