Edgy In Brixton is a DVD by The Fratellis consisting largely of a live concert recorded at that was recorded at the Brixton Academy, released 1 October 2007. Barry Fratelli – bass. Mince Fratelli – drums, vocals. Jon Fratelli – guitar, vocals. do?ctx 12;1;58;-1&sku 708418.

Snow Patrol perform live at the intimate In Session in 2004. The performance, in support of their third album Final Straw, features performances of "Run" and "Chocolate". The session concludes with an interview with the group.

The frankly fantastic Fratellis return with a DVD filmed in Brixton, London - appropriately titled Edgy In Brixton! The band have had an incredibly busy year with a Triple Platinum album in the UK under their belts, massive Coachella, Lollapalooza and Virgin Fest dates in addition to full US touring over the past 9 months. This DVD showcases their unique live energy and will show all their fans, and those who are soon to be fans, what it's like to be part of one of their & stage shows

Related to The Fratellis - Edgy In Brixton: 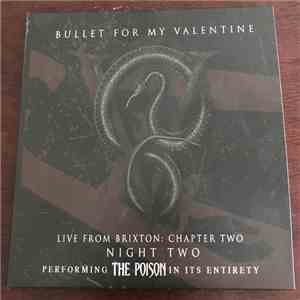