Tape One, Tape Two by Young Fathers, released 16 June 2017 Music fans often imagine that, if they had been around at the time, they would have been one of the very few thousands of people who bought The Velvet Underground’s ‘banana’ debut album, or Love’s Forever Changes. Hindsight casts such albums as ‘classics’ but, at the time of their respective releases they were hardly noticed. The re-release of Young Father’s debut ‘mixtape’ TAPE ONE and it’s follow up TAPE TWO gives us a chance to reappraise two albums that sat firmly outside the mainstream in 2011/12 and still seem prescient today

Young Fathers are a band based in Edinburgh, Scotland. In 2014, they won the Mercury Prize for their album Dead. Formed in Edinburgh in 2008 by Alloysious Massaquoi, Kayus Bankole and Graham 'G' Hastings, the group started performing in nightclubs when the band members were all in their teens. In 2012, they signed to LA-based label Anticon and released their introductory mixtapes, Tape One and Tape Two, with Tape Two winning the Scottish Album of the Year Award ("The SAY Award").

Dead is the debut studio album by Scottish hip hop group Young Fathers. It was released on Anticon and Big Dada on 31 January 2014. The album was the winner of the 2014 Mercury Prize. On 2 November, Dead entered the official top 100 UK album chart for the first time, four days after their Mercury success, debuting at number 35. Dead received critical acclaim from contemporary music critics.

Young fathers are a Hip hop outfit from the UK who craft some very nice, textured hip hop songs with a lot of African influence weaved into some of these tracks. There is also a nice blend of trip hop ( less heavy on electronic sounds tho) and even reggae. The MCs on this tape aren’t concerned with fiery, technical flows but more on the actual words there saying. The meaning, and how much weight these words carry. You will find some really great, meaning full, thought provoking lyrics with a bold African flavor added in for good measure. The tracks on here have a very interesting momentum and.

TITLE: Tape One/ Tape Two. LABEL: Big Dada. Young Fathers feature 6 tracks on the Trainspotting T2 soundtrack, including Only God Knows, written specifically for the film. In November 2017 the band announced that they had finished work on their third album to be release on Ninja Tune in early 2018.

Related to Young Fathers - Tape One: 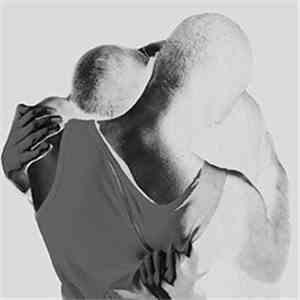