Brown Girl in the Ring" is a traditional children's song in the West Indies. It was originally featured in the game of the same name, thought to have originated in Jamaica. The song became internationally known when it was recorded by the group Boney M. in 1978. Originally it was the B-side of their hit "Rivers of Babylon", but became a hit in its own right.

Brown Girl in the Ring" was also issued separately in Canada as an A-side in the summer of 1979. It reached no. 8 on the Canadian AC chart in July 1979, becoming the third Boney M. song to reach the top 10 on that chart after "Rivers of Babylon" and "Rasputin". On RPM's Top 100 singles chart, the song stalled at no. 79. Liz Mitchell had previously recorded "Brown Girl in the Ring" in 1975 with the group Malcolm's Locks, which had her ex-boyfriend Malcolm Magaron as the lead singer. Arranger Peter Herbolzheimer accused Frank Farian of stealing.

The traditional Caribbean children’s game Brown Girl In The Ring is one of such games, where a girl or a boy (in which case the chorus becomes Brown boy in the ring ) walks or skips in the middle to the rhythm of the song. Other versions of the song include show me your partner, where the person in the middle chooses someone from the ring to join in with them. The Boney M cover was a b-side to their single Rivers of Babylon, but still launched the song to international success


Related to Boney M. - Rivers Of Babylon / Brown Girl In The Ring: 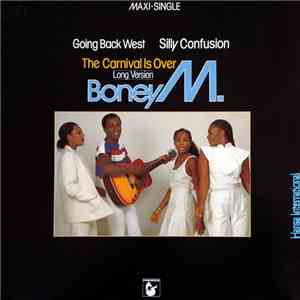 Boney M. - Going Back West / Silly Confusion / The Carnival Is Over download flac