The Schauspiel Overture (Overture to a Drama) was first performed in 1911 and was later in the repertoire of Fürtwängler, Mengelberg and Steinbach etc; it was played at the 1912 London Promenade Concerts making Korngold the youngest composer ever to be performed at this world-famous festival - a record he holds to this day. Again it is extraordinary. Listen to the eerie, mysterious opening - a sound world that could only be created by Korngold. The opera is richly orchestrated and atmospheric. Korngold adroitly creates a heavy, doom-laden, sexually-charged atmosphere - the music for Alfonso cleverly ambiguous in accordance with his perceived promiscuity. The carnival scene is appropriately very colourful.

Matthias Bamert (born July 5, 1942 in Ersigen, Canton of Bern) is a Swiss composer and conductor. In addition to studies in Switzerland, Bamert studied music in Darmstadt and in Paris, with Pierre Boulez and Karlheinz Stockhausen, and their influences can be detected in his own compositions from the 1970s. He spent the years 1965 to 1969 as principal oboist with the Salzburg Mozart Orchestra, but then switched to conducting.

Orchestra: BBC Philharmonic Orchestra. Conductor: Matthias Bamert. Composer: Erich Wolfgang Korngold. Audio CD (January 21, 1997). Indeed, this is sacred ground! The Finale rumbles and grumbles its way, almost comically, to a highly satisfying conclusion of a highly satisfying and musically gifted work. The Piano Concerto, Op. 17, in one movement of nearly twenty-eight minutes, appears almost Schumannesque in its schizophrenic indecision: Moments of beguiling tenderness, soaring melody, broken asunder by startling excursions into dissonance, and then, just as suddenly, returning to the most sublime displays of renewed lyricism.

CD comes packaged in a standard plastic jewel case, and includes a 24-page booklet with photographs and notes in English, German and French.

Related to Korngold, BBC Philharmonic, Matthias Bamert - Act 1 from The Snowman / Fairy Tale Pictures / Overture To A Drama / Prelude and Carnival from Violanta: 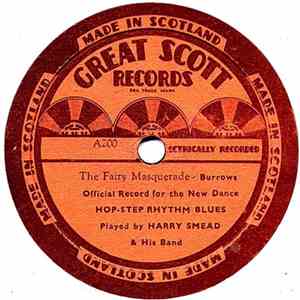