Their biggest hit, "Just an Illusion", peaked at number two in March 1982 ("Just an Illusion" would later be used as the end title song to the 1986 film, F/X); followed by "Music and Lights" (number five in June), "In the Heat of the Night" (number 22 in September, also the name of their second album). 88-Keys sampled Imagination's "All Night Loving" for his hit song, "Stay Up! (Viagra)", from 88-Keys' debut album The Death of Adam (2008). The song "Get Your Number", co-written by Mariah Carey, Jermaine Dupri, Johntá Austin and Bryan-Michael Cox, and recorded by Carey for her album The Emancipation of Mimi (2005), is built around a sample of "Just an Illusion". British band VS sampled "Body Talk" in their song "Call U Sexy" taken from their debut album All Kinds of Trouble (2004).

Burnin Up was the B side to the chart hit Flashback back in 1981 but it was Burnin Up that received the DJ support, being hammered at the Paradise Garage by disco legend Larry Levan. When we told Dimitri From Paris about our project he was insistent that if he was going to remix an Imagination record that it would be this one. Dimitri needs no introduction as his love and knowledge of disco is legendary. The compilations he does are instant collector s items and his productions are a clever balance between disco and house. Here he delivers two superb mixes.

Related to Imagination - Just An Illusion / Burnin' Up: 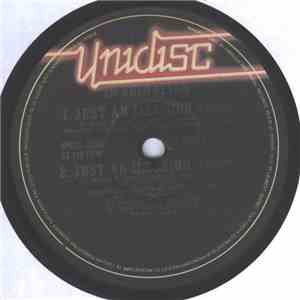