Audiomack has a high-quality full album stream, album art & the complete tracklist - guaranteed. 3Sneaking and Geekin (feat. 7Get up on my level (feat. 8Cost to be me (feat.

Chief is the third studio album by American country music artist Eric Church. It was released on July 26, 2011, via EMI Nashville. The album produced five singles, including the first two number one singles of his career on the Hot Country Songs chart: "Drink in My Hand" and "Springsteen", two additional top tens on the country chart: "Creepin'" and "Like Jesus Does", as well as the top 20 country hit "Homeboy". On June 20, 2012, Chief was certified Platinum by the RIAA for having shipped 1,000,000 records The.

The Doors' 1967 albums had raised expectations so high that their third effort was greeted as a major disappointment. With a few exceptions, the material was much mellower, and while this yielded some fine melodic ballad rock in "Love Street," "Wintertime Love," "Summer's Almost Gone," and "Yes, the River Knows," there was no denying that the songwriting was not as impressive as it had been on the first two records.

Positioning him as "The Chief," Jidenna begins the album with "A Bull's Tale," an introductory cut that includes betrayal from family members looking to steal his inheritance during a trip to his father's homeland of Nigeria. They shoutin’ 'Our chief is with us'/Strangers claim they my cous'/They plottin’ to take all my land/They must forgot who the fuck dat I am," Jidenna raps, as he sets the scene with vivid details and imagery over tribal drums. Giving insight into his humble beginnings, listeners first get a glimpse at the man behind. While Jidenna may have been a wildcard heading into the release of his debut album, the rapper, producer and crooner pulls all the stops on The Chief, resulting in a first impression that is a memorable one. The project gives Jidenna an identity that any artist aspires to: someone who makes pretty damn good music.

The album opens with a cover of Polish composer Bronislau Kaper’s "Follow Me," aka the theme song from the 1962 film adaptation of Mutiny on the Bounty; in Tindersticks’ hands, the original’s tiki-torch splendor is given a gritty makeover that pushes it closer to Midnight Cowboy territory. The Waiting Room might be Tindersticks’ most subdued effort to date, but it still flashes the irreverence that enlivened efforts like The Something Rain and Falling Down a Mountain.

Related to Various - Waiting For The Chief: 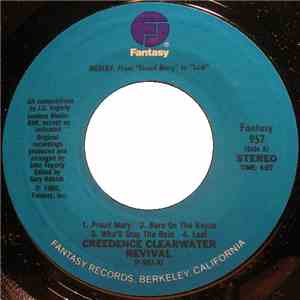