Eclectic is a live album by the Scottish rock band Big Country, released in 1996 by Castle Communications. It was produced by Big Country and Gary Langan, and reached No. 41 in the UK. Later in 2001, a video version of Eclectic was released under the same name by Castle. Eclectic was recorded at Dingwalls, London on 20-21 March 1996, and features guest appearances from Bobby Valentino, Kym Mazelle, Carol Laula, Steve Harley, Aaron Emerson, Hossam Ramzy (and his percussion section) and Mohammed Toufiq.

Big Country are a Scottish rock band formed in Dunfermline, Fife, in 1981. The height of the band's popularity was in the early to mid 1980s, although it retained a cult following for many years after. The band's music incorporated Scottish folk and martial music styles, and the band engineered their guitar-driven sound to evoke the sound of bagpipes, fiddles and other traditional folk instruments. 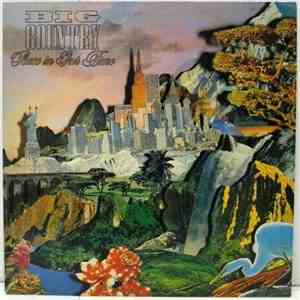