Retrospective: The Best of Buffalo Springfield. Retrospective: The Best of Buffalo Springfield is a compilation album released in February 1969 after the band disbanded in mid-1968. Side one. "For What It's Worth" (Stephen Stills) – 2:37. Recorded December 5, 1966, Columbia Studios, Los Angeles, California. Lead vocal: Stephen Stills. Producers: Charles Green and Brian Stone. Running time incorrectly listed on the album's cover as 3:00.

Album · 1969 · 12 Songs. Of course they barely lasted two tempestuous years: Buffalo Springfield were born to ignite a movement and then explode. The smoke had hardly cleared when this compilation was released in 1969, and these songs are testament to both the band's lasting impact on folk rock and their brilliance as songwriters and players. To wit: Stephen Stills and Neil Young's dueling guitars on the epic bluegrass psychedelia of "Bluebird. Young's heart-shattering, multi-movement "Broken Arrow" is equally grand, and "For What It's Worth" is a forever classic

Buffalo Springfield was a Canadian-American rock band active from 1966 to 1968 whose most prominent members were Stephen Stills, Neil Young, and Richie Furay. The group released three albums and several singles, including "For What It's Worth". The band combined elements of folk and country music with British invasion and psychedelic-rock influences, and, along with the Byrds, were part of the early development of folk-rock.

Retrospective: The Best of Buffalo Springfield is a compilation album released in February 1969 after the band disbanded in mid-1968. Discover more music, concerts, videos, and pictures with the largest catalogue online at Last.

All songs published by Ten East-Springalo-Cotillion, except A3 by Screen Gems Columbia. 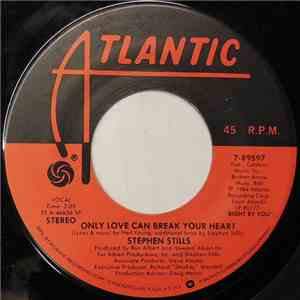