The Everly Brothers Country Rock 1968 US LINER NOTES FOR THE EVERLY BROTHERS' ROOTS By Richie Unterberger. For several years following the British Invasion, the Everly Brothers had tried various approaches to recapture the large audience they'd enjoyed in the late 1950s and early 1960s. They'd recorded two albums of rock'n'roll oldies and soul covers; gone to London to cut an LP largely written by the Hollies; and absorbed elements of the British Invasion, folk-rock, and soul music into numerous singles. The result was an album that showcased a maturing Everly Brothers, more subdued than the past perhaps, yet also imbued with the knowing wisdom that comes from scaling to superstardom and struggling to recapture it. From the pure country side came two Merle Haggard tunes, "Mama Tried" and "Sing Me Back Home," and "You Done Me Wrong," first done by country icon Ray Price, and given a circus-like treatment here.

On its release, Roots was not a commercial success for The Everly Brothers, failing to widen their fanbase in spite of their excursion into the new field of country rock.

Indianapolis pressing, identified by "I" stamped in runout and 1" pressing ring.

This recording employs the Haeco-CSG System.


Related to The Everly Brothers - Roots: 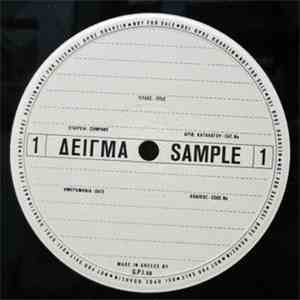