Big Maybelle Rhythm and Blues 1994 US Big Maybelle's (May 1, 1924 - January 23, 1972) mountainous stature matched the sheer soulful power of her massive vocal talent. Her deep, gravelly voice was as singular as her many hits for Okeh and Savoy, which ranged from down-in-the-alley blues to pop-slanted ballads. Originator of "Whole Lot Of Shakin' Going' On" and many other now-standards, her drug addiction caused various problems and led to her early death at the age of 47.

Label: OKEH/LEGACY/EPIC. So much of Big Maybelle's shouted vocals ended up in the fabric of rock and roll, it's hard to believe she doesn't get more recognition. With a voice as big as the world, and a jumping, ever-playful set of songs, Maybelle was a major influence on Etta James, Aretha and countless others. Try "My Big Mistake" and "One Monkey Don't Stop No Show. 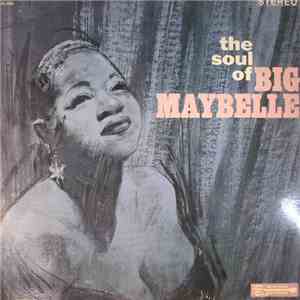