Wolfgang Amadeus Mozart wrote his Symphony No. 40 in G minor, KV. 550, in 1788  . The 40th Symphony was completed on 25 July 1788. The composition occupied an exceptionally productive period of just a few weeks in 1788, during which time he also completed the 39th and 41st symphonies (26 June and 10 August, respectively). The symphony is scored (in its revised version) for flute, 2 oboes, 2 clarinets, 2 bassoons, 2 horns, and strings. Notably missing are trumpets and timpani. The work is in four movements, in the usual arrangement (fast movement, slow movement, minuet, fast movement) for a classical-style symphony: 1. Molto allegro, 2/2 2. Andante, 6/8 3. Menuetto.

Symphony No. 550 was written by Wolfgang Amadeus Mozart in 1788. It is sometimes referred to as the "Great G minor symphony", to distinguish it from the "Little G minor symphony", No. 25. The two are the only extant minor key symphonies Mozart wrote. The date of completion of this symphony is known exactly, since Mozart in his mature years kept a full catalog of his completed works; he entered the 40th Symphony into it on 25 July 1788.

Brahms: Piano Concerto No. 2 Op. 83; Mozart: Symphony No. 40 KV 550. 2005. Piano Concerto No. 2 in B flat major, Op. 83. 1. 2 in D major, Op. 73. The Symphony no. 2 in D, Op. 73 was composed by Johannes Brahms in 1877 during a visit to the Austrian Alps, and premiered that same year. Its gestation was brief in comparison with the fifteen years which Brahms took to complete his first symphony. The symphony is scored for 2 flutes, 2 oboes, 2 clarinets, 2 bassoons, 4 horns, 2 trumpets, 3 trombones, tuba, timpani, and strings. The apparent cheerfulness of the symphony has been likened with the pastoral mood of Beethoven's sixth symphony more The Symphony no. 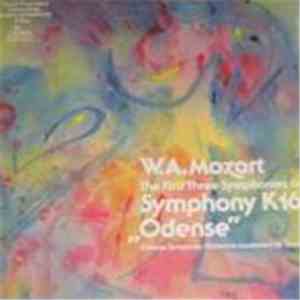