No Room for Squares is an album by jazz tenor saxophonist Hank Mobley recorded on March 7 & October 2, 1963 and released on the Blue Note label. It features performances by Mobley, Lee Morgan, Andrew Hill, John Ore and Philly Joe Jones. All compositions by Hank Mobley except where noted.

Why any critic would think that Hank Mobley was at the end of his creative spark in 1963 - a commonly if stupidly held view among the eggheads who do this for a living - is ridiculous, as this fine session proves. By 1963, Mobley had undergone a transformation of tone. Replacing the scintillating airiness of his late-'50s sides was a harder, more strident, almost honking one, due in part to the influence of John Coltrane and in part to Mobley's deeper concentration on the expressing blues feeling in his trademark hard bop tunes.

Thus I have now decided to start uploading what I have of this brilliant player/composer in an effort to raise awareness of his music. Without further ado then, I present to you No Room For Squares, the titular track from the album of the same name.


Related to Hank Mobley - No Room For Squares: 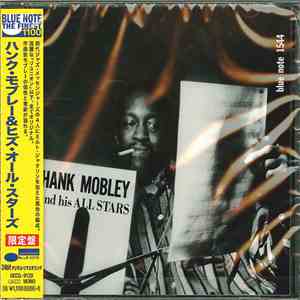