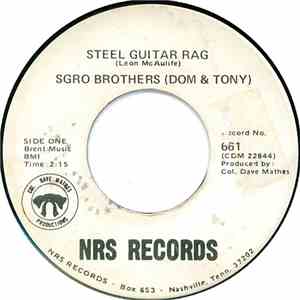 Green, Green Grass of Home", written by Claude "Curly" Putman, Jr. and first recorded by singer Johnny Darrell, is a country song originally made popular by Porter Wagoner in 1965, when it reached No. 4 on the country chart. That same year, it was sung by Bobby Bare and by Jerry Lee Lewis, who included it his album Country Songs for City Folks (later re-issued as All Country). Tom Jones learned the song from Lewis' version, and in 1966, he had a worldwide No. 1 hit with it.

Green, Green Grass of Home is an album released in 1967 by Tom Jones. It is his fourth studio album with Decca Records, produced by Peter Sullivan. London Records (Parrot label) (USA, Canada) released an abridged version of this album as Funny Familiar Forgotten Feelings (Parrot 71011), whilst that label's album titled Green, Green Grass of Home was largely made up of tracks from From the Heart.

Track 1-Acoustic Guitar (steel)Track difficulty (Rhythm). You'll need a Plus subscription and a desktop browser to print this page.

Green, Green Grass of Home (グリーン・グリーン・グラス・オブ・ホームGurīn Gurīn Gurasu Obu Hōmu) is the Stand of the Green Baby, featured in Stone Ocean. The Stand resembles a humanoid in a dark, tribal bodysuit with a mask with four eyes. It has two turbine-like constructions mounted on the sides of its head. Long spikes sprout from the top of its head.