John Kenneth Wetton (12 June 1949 – 31 January 2017) was an English singer, bassist, and songwriter. He was born in Willington, Derbyshire, and grew up in Bournemouth, Dorset. He rose to fame with bands Mogul Thrash, Family, King Crimson, Roxy Music and Uriah Heep. Following his period in Uriah Heep, Wetton formed . and later - after a brief stint in Wishbone Ash - he was the frontman and principal songwriter of the supergroup Asia, which proved to be his biggest commercial success.

Box set METAL MIN2 2009. Amata Metal Mind 2004. Amata is a live album featuring a short acoustic performance by John Wetton supported by John Mitchell from Arena on guitars and Martin Orford from IQ on keyboards. The album continues in the tradition of Wetton's old band Asia by having a title that begins and ends with the letter A (as Wetton's own Agenda album and Amorata video, like Amata all recorded live in Poland).

Icon is a studio album recorded and released by Asia band members John Wetton and Geoffrey Downes in 2005. It is the first in the Icon series (though they previously released the album Wetton Downes in 2002, a collection of demos from the 1980s). The third Icon album is Icon 3 (2009). All three were reissued in 2018 by Epicon Records, a vanity label for Icon albums set up by Wetton's estate and Downes. Let Me Go". "God Walks with Us" – 4:40. 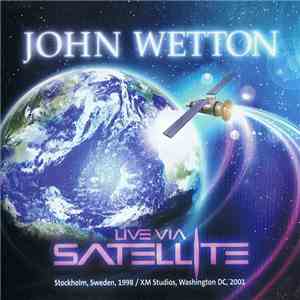