Listen to Transcendent in full in the this site app. Play on this site.

Spectre is Skiz Fernando, head of the Wordsound label, in his record producer, rapper and electronica artist persona. His first album was The Illness (1995), which drew comparisons with the Wu-Tang Clan and Lee "Scratch" Perry, and cemented his reputation in the musical community.

The album is divided into two parts-the first, strictly instrumental, while the second features an array of vocalists both known and new. From the opener, Mind Over Matter to the sambadelic dub of Boca de Fumo the instrumental cuts pierce the heart of the Ill Saint’s metaphysical, mystical realm where all things are possible. Assisting and assassinating the beats on part two are Sensational (with a classic rant on The Grind ) and MY Werkz, (whose heady flow makes Time & Space one to rewind) both of whom were featured on Spectre’s last masterpiece, Psychic Wars (WSCD045).

All tracks created by Spectre, The Ill Saint
(except track 9 produced by Spectre and Systemwide).
Reduced & Jinxed at The Temple of Smoke.
Mastered at Turtletone Studios, NYC.
Overseen by The Almighty Unknown Force that makes all things possible. 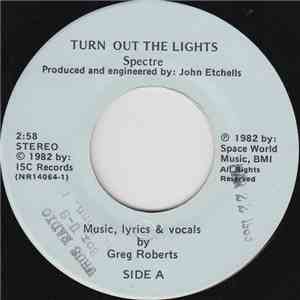